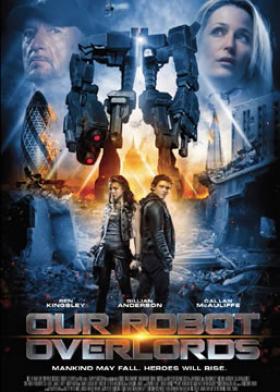 Earth has been conquered by Robots from a distant Galaxy, survivors are confined to their houses and must wear electronic implants, risking incineration by Robot Sentries if they venture outside.

In Robot occupied Britain, city centres are devastated and our gang of teenagers live in a seaside town constantly under Robot threat. Intimidating Sentries patrol the streets, Snipers are merciless death machines. The Mediator is deceptively childlike but unnervingly coercive. The Robot base is The Cube, a massive mother-ship that dominates the horizon.