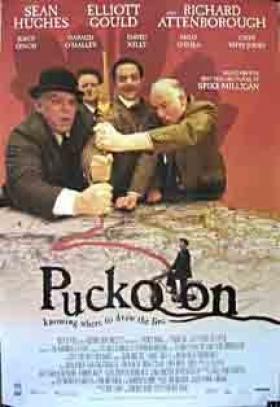 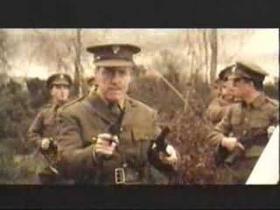 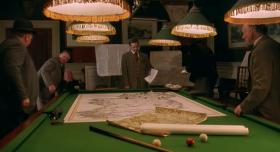 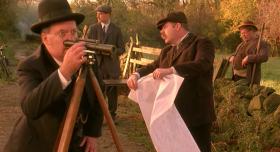 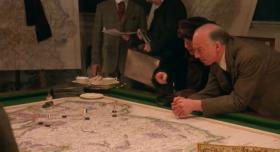 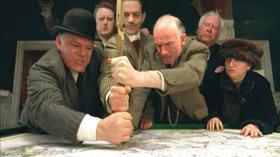 Spike Milligan's book about the divided Irish village of Puckoon comes to the big screen. Puckoon is a wee Irish village that gets caught up in an argument about where the border separating Northern Ireland from Ireland should be. Keen to get the matter sorted before the pubs close, a random borderline is wrestled on the map of the Emerald Isle and Puckoon gets divided as well - literally. As the barbed wire fences and Army checkpoints go up overnight, suddenly people cannot get to their outhouses or walk from one side of the street to the other. It has some advantages - everyone squeezes into the tiniest corner of the pub because it is in Northern Ireland territory where the beer is cheaper, but worst of all is the church and its graveyard. Now the newly deceased need a valid passport, renewable every year, if they want to be buried "across the border". A plan is hatched to return the newly dead back to Ireland. At the same time, a plan is hatched to smuggle explosives in coffins to Northern Ireland with, as they say, hilarious results.